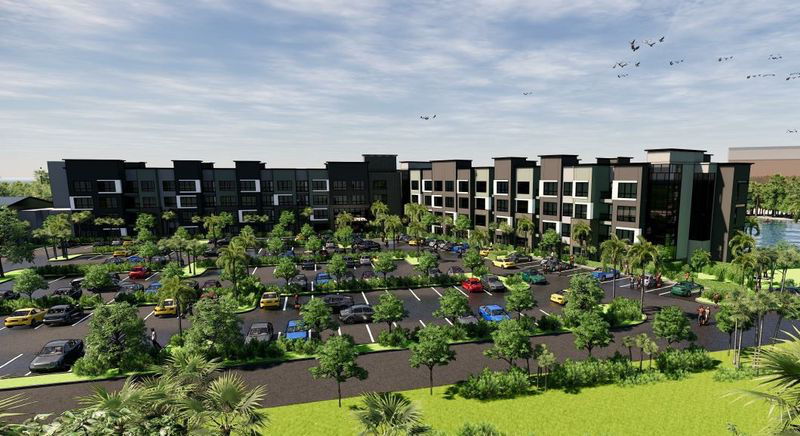 BTI Partners is looking to convert a little more than five acres of land just north of its Grove Resort & Spa into a similar condo-hotel product with up to 160 rooms. (Orange County)

BTI Partners is looking to convert a little more than five acres of land just north of its Grove Resort & Spa into a similar condo-hotel product with up to 160 rooms. (Orange County)

BTI Vice President Kevin Mays told GrowthSpotter the firm is looking to develop a little more than five acres of land just north of its Grove Resort & Spa that will bring an additional 160 multi-bedroom, kitchen-equipped suites within a new condo-hotel building.

Located on the northwest corner of Avalon Road and Grove Blossom Way, the entirety of BTI’s holdings surround Lake Austin and includes its Grove Resort & Spa condo-hotel project, which was originally developed in the 2000s as the Grand Palisades Resort.

Prior to BTI acquiring the resort, the property went down in history as Central Florida’s largest foreclosure during the Great Recession. It sits just a little less than four miles from Walt Disney World’s western gate.

Since taking control of the property, BTI has invested millions in renovating and restoring the resort. It’s gone as far as to adding a so-called Flip Flop’s Family Fun Center arcade room that features virtual reality games as well as classics like Pinball, Skee-Ball, Pacman, and Galaga.

Mays said the company plans to complete 293 units by the end of summer, which will bring the total count of completed units to 878. The latest planned building pushes the total unit count of Grove Resort & Spa to 1,038.

A conceptual development plan submitted in Orange County shows the planned new building will span about 106,000 square feet and will feature a pool amenity area. A 10,233-square-foot facility building will be attached.

Similar to Grove Resort & Spa, condos at the new building can be placed in a hotel program. Mays said the firm is developing the building so it may complement the existing three buildings that currently make up the resort, though there are a few distinctions.

For one, it’s likely to be little quieter due to its location.

“Its a little more secluded and has a more of a natural setting,” Mays said. “Call it an adult-friendly area.”

The four-story building will also stand shorter than its neighboring seven-story sister buildings, but residents will still share access to all the resort’s amenities.

Mays said if all goes according to plan, the firm expects to break ground by the first or second quarter of next year and finish the building in early 2021.

Burkett Engineering Inc. is the civil engineer and Fugleberg Koch is the architect.

Other vacant lots in the area with potential for development include some 37.8 acres of land across multiple parcels on the southeast corner of Hartzog and Avalon Road that are owned by BTI’s capital investment partner Westport Capital Partners.

Last year, GrowthSpotter reported on plans to potentially build more than 200 vacation rental townhomes and supporting retail on the site, but Mays said the firm is reevaluating those plans.

In Osceola County, BTI is under contract to buy 1,400 acres within the Edgewater mixed-use district east of Osceola County’s Lake Tohopekaliga.

One of Nation’s Largest Homebuilders Buys Acreage North of Miami for Affordable...