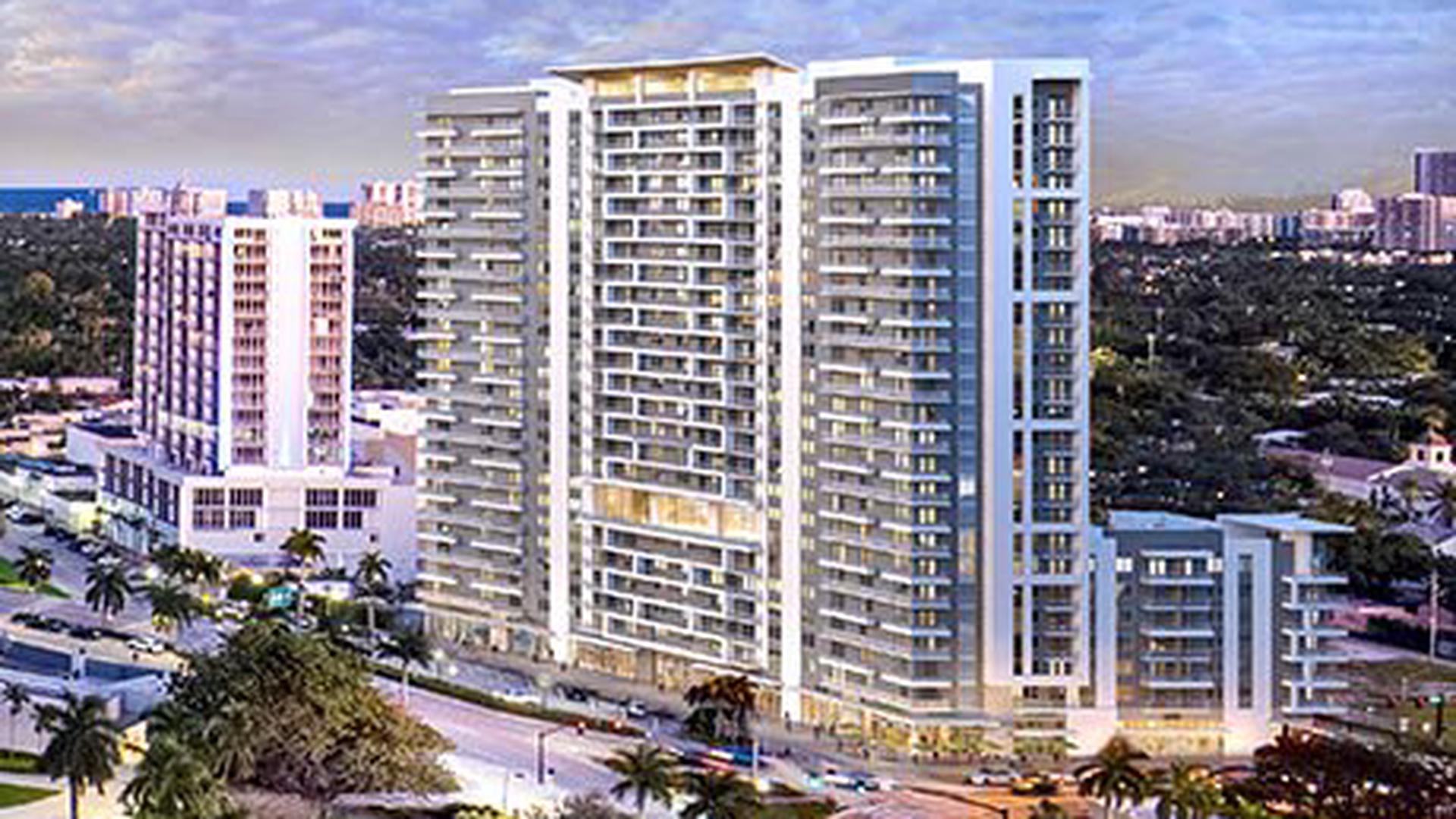 Nearly a month after acquiring the Hollywood Bread Building in Downtown Hollywood, BTI Partners began demolition of the 52-year-old structure on August 13, 2021. The demolition of the long-neglected property will give way to a 3.24-acre development site at 1727-1745 Van Buren St.,1700-1716 Harrison St., and 1740-1760 S. Young Circle. Demolition and site clearing is expected to take three to four months.

Fort Lauderdale-based BTI Partners and equity partner Bridge Investment Group will replace the neglected office tower with 362 market-rate apartments and about 16,000 square feet of retail space on Young Circle. Construction of the mixed-use project is planned to commence later this year.

Once a landmark, the vacant Bread Building has fallen into disrepair over several decades and has become an eyesore for the community. The controlled demolition is an important step in the revitalization of the west end of Downtown Hollywood anchored by the 10-acre ArtsPark at Young Circle.

“When the Hollywood Bread Building was built in the late 1960s, it defined our city’s skyline,” said Hollywood City Mayor Josh Levy. “Today, we turn a page and begin a new chapter in the history of Downtown Hollywood. This new, mixed-use development will further redefine Hollywood’s urban living as more residents are choosing to live, work and play in Hollywood’s urban core. We are grateful to BTI Partners for believing in our city and ensuring its development was aligned with the community’s vision for Young Circle and the city as a whole. We are also excited that BTI Partners will be preserving the Hollywood Bread Building signage that has given downtown Hollywood an identity for so many years.”

BTI Partners, a leading developer of master planned communities and luxury residential properties across Florida, and Bridge, which spearheads purpose-driven, quality investments throughout the country, acquired the building for $11 million on June 24, 2021.

“The building demolition is an important milestone in the future redevelopment of a new, revitalized Downtown Hollywood,” said BTI Partners CEO Noah Breakstone. “We have come this far thanks to the support we have received from our neighbors and from Hollywood community leaders and elected officials. We look forward to starting construction soon and further reactivating Young Circle. Our development will inject new life into an area with the beauty of ArtsPark, access to amazing beaches and proximity to South Florida’s largest employment hubs.”

This project is part of BTI Partners’ larger effort to continue the reimagination and revitalization of Downtown Hollywood. The developer is also in the planning and approval stages to replace a rundown strip mall a few steps away from the Bread Building with twin modern towers on the east side of Young Circle. The project will include residential living, shops, restaurants, office space and a skywalk connecting the two towers. Both projects together will represent a direct investment of over $500 million in Hollywood’s Young Circle neighborhood.