A $1.5 billion luxury development near Disney World signals hope for a recovery in tourism industry

A Dallas-based developer plans to break ground this month on a $1.5 billion resort near Orlando’s Walt Disney World, an early sign that some major projects will move ahead this year in hopes of catching a future tourism rebound.

The new project, Evermore Orlando Resort, will feature luxury vacation rental homes, a 433-key Conrad hotel and an 8-acre Crystal Lagoon, an artificial lagoon. It is slated to have 10,000 bedrooms when completed. 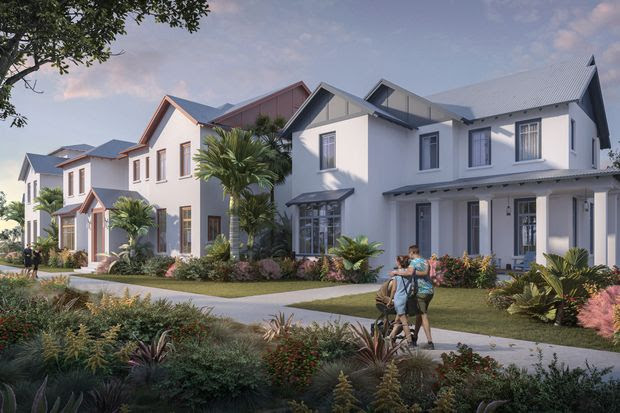 Orlando, Fla., one of the world’s most popular tourist and theme-park destinations, has been pounded by the coronavirus pandemic, which caused hotel occupancy rates to tumble below 20% for part of last year. But with the project’s first 1,500 rooms slated to open in 2023, its developer is betting that it can greet its first guests amid a powerful rebound.

“We believe Orlando will recover and regain its position as a superior global destination,” said David Pace, president of Dart Interests in Florida. The project is funded by the Dart family in the Cayman Islands. The family owns Dart Container Corp. in Michigan, a disposable foam-cups and -containers business.

Orlando for years has ranked alongside New York City and Las Vegas in attracting the most visitors in the U.S. But it has felt the pinch from canceled vacation plans this summer and holiday season. Disney, Universal and SeaWorld theme parks have been operating at reduced maximum capacity after being allowed to reopen in the summer.

Orlando occupancy rates are regularly above 70%. But because of the pandemic, they dropped to 16% in April, slowly recovering to 39% last month, according to preliminary December figures from hospitality data tracker STR. Orlando’s occupancy level last month put it roughly in line with the national average, STR said.

‘We believe Orlando will recover and regain its position as a superior global destination.’

Walt Disney World in Orlando resumed operations in July. But in September, Disney said it would lay off about 28,000 employees across its domestic theme-parks division, after the state of California said that Disneyland Resort would have to remain closed.

Still, hotel owners near the theme park are hopeful that once Covid-19 vaccines are widely distributed, bookings will rebound. 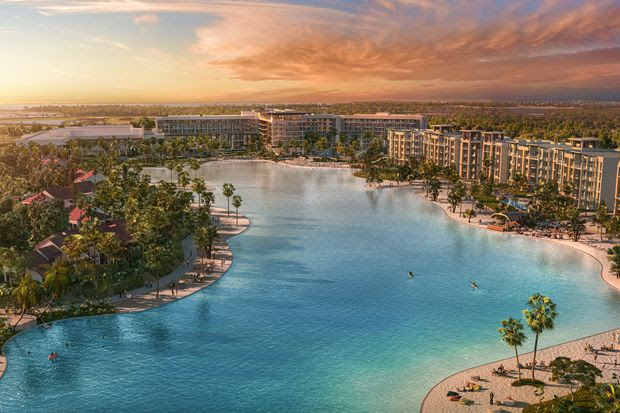 The resort will have a 433-key Conrad hotel and an 8-acre artificial lagoon.

Developer and hotel operator BTI Partners said it is expanding the Grove Resort & Water Park, located about 6 miles from Disney World. The resort, with 1,500-square-foot units, achieved full occupancy during the recent holiday period by attracting visitors from nearby states instead of the international tourists it draws most years, said Dominic Pickering, BTI’s director of sales.

The company plans to start building an additional 160 units this summer, expanding on the current 878, Mr. Pickering said.