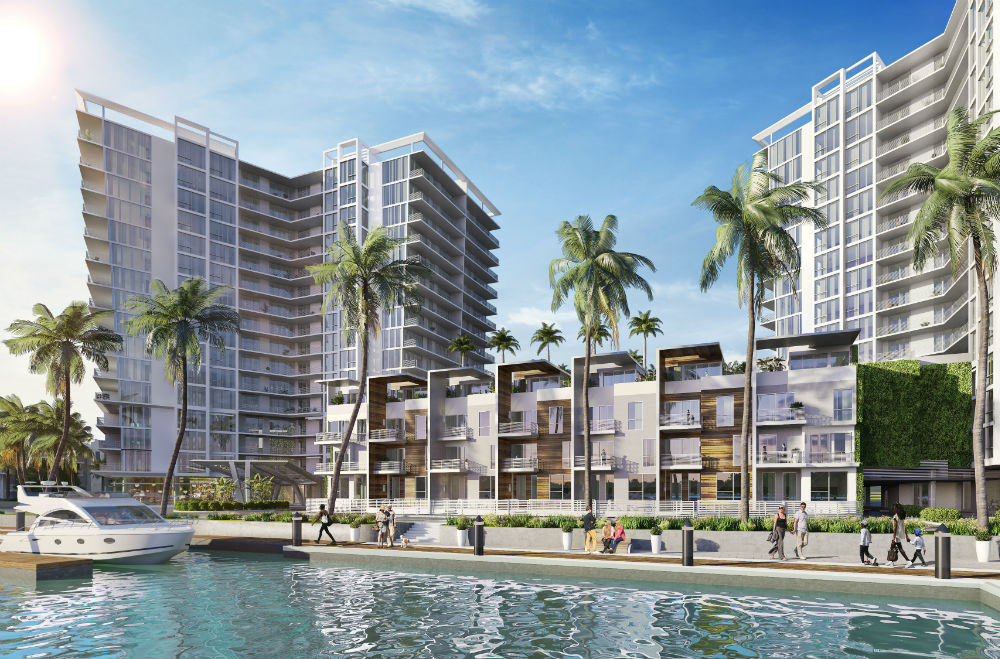 A trio of high dollar volume apartment transactions recently in the Tampa Bay area shows there continues to be investor interest in the region’s multifamily rental projects.

Taken together, the three complexes — at the Westshore Marina District, Nine15 Apartments and the Slade at Channelside in downtown Tampa — sold for more than $250 million and contain 967 units.

Of the three deals, Starlight Investments’ purchase of the Bainbridge Cos.’ Westshore Marina District tower at 5341 S. West Shore Blvd. was the largest, at $100 million. The Wellington, Fla.-based company completed the 351-unit complex last year within the 52-acre master-planned community being developed by BTI Partners.

“We think the sale is a great endorsement of the district,” says Kevin Mays, BTI Partners’ COO, of the Starlight acquisition. “The price that this asset sold for, at $330,000 per door, cements the feeling that the community is a luxury development.”

Starlight officials did not return inquiries for comment on the property, which Bainbridge built on 12 acres after buying the land for $13.2 million in 2017.

The Westshore Marina District property marks the largest acquisition to date in Florida for Toronto-based Starlight. In all, the company owns a half dozen multifamily rental properties in Orlando and the Tampa Bay arrea, including the Tuscany Bay, Promenade at Carillon and Preserve at Westchase apartments.

In all, the company controls 40 U.S. properties with more than 13,000 units and valued at $3.5 billion in cities like Atlanta, Austin, Phoenix, Nashville and Denver, according to its website.

Westshore Marina District is a $600 million project slated to contain up to 1,750 residences, retail and office space at a 150-slip marina at completion.

Meanwhile, Colorado-based UDR Inc. added to its Tampa-area portfolio by purchasing the 254-unit Slade at Channelside residences for $85 million, according to Hillsborough County property records.

The company did not return calls for comment on the property, which last sold for $40 million in November 2015.

Last year, UDR spent $98.25 million to buy the 381-unit Peridot Palms Apartments in the St. Petersburg suburbs, which had been completed in 2018.

The $66 million deal for the 362-unit luxury tower, at 915 N. Franklin St., marks Blaze Partners’ first Tampa area acquisition. It also owns a property in Miami, according to its website.

Nine15 had been developed by Atlanta-based Carter, which also built and subsequently sold The DeSota Apartments in downtown Sarasota.

Eddy O’Brien, a Blaze partner and co-founder, says in a statement that the Nine15 purchase represents “our long-term bullish outlook on the region and belief in the vitality of the downtown transformation.”

Downtown Hollywood is the new frontier for urban development