These are Tampa’s 10 hottest new restaurants 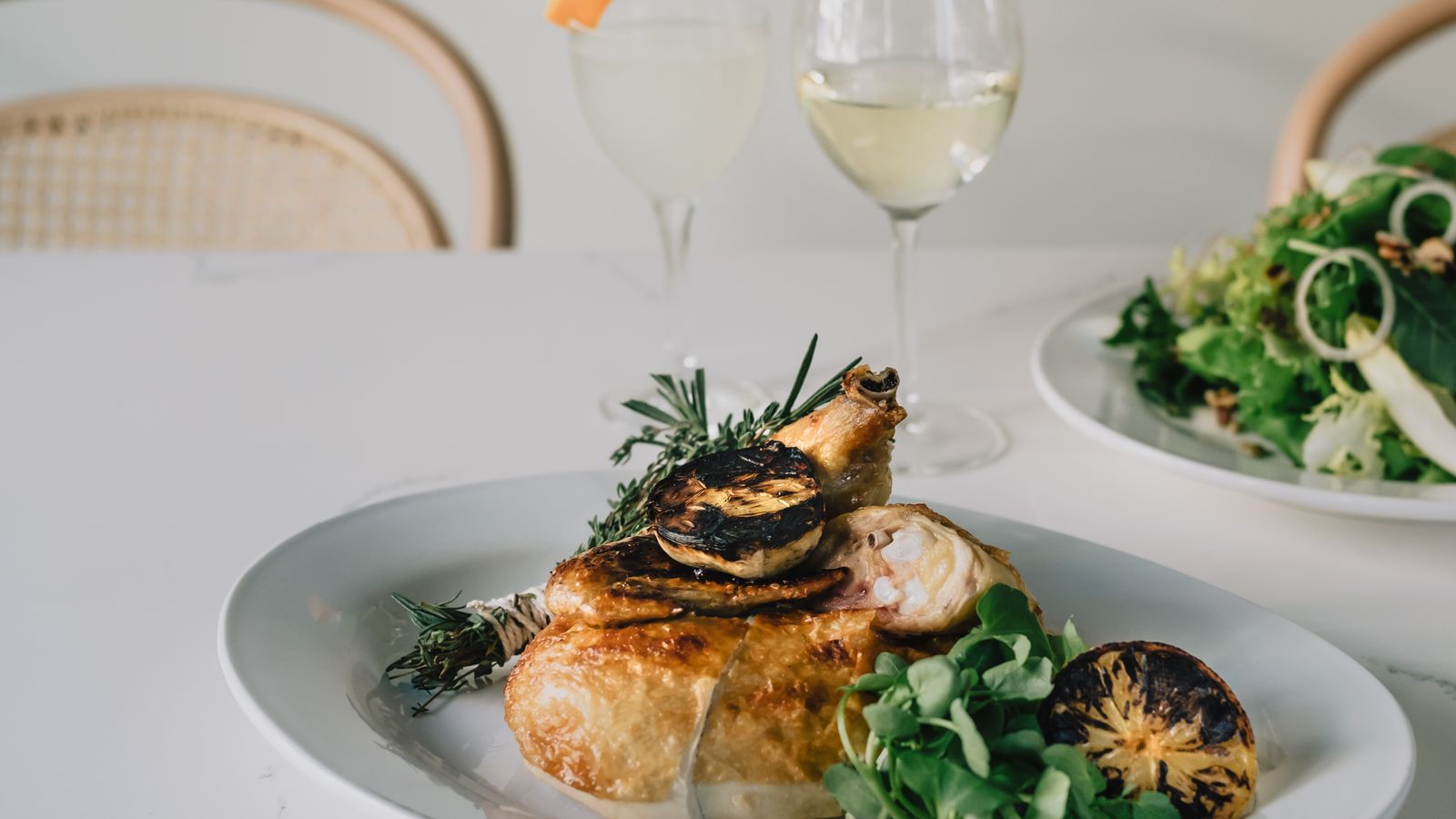 It’s been a booming six months for new restaurants. In Tampa alone, there are plenty of new spots to choose from: From a revived Seminole Heights favorite to a Korean fried chicken spot, local expansions and some big-name national acts, there’s no shortage of exciting places to try.

Natural wine has made a big splash in the Tampa Bay area the past couple of years. Now, there’s a restaurant and wine bar where the so-called minimal intervention wines are the star of their own show. Husband-and-wife team Robert Sickler and Yari Ramos opened this cozy, colorfully decorated bistro on Davis Islands in the spring, with a wine list entirely dedicated to natural selections and a dinner menu inspired by Caribbean and Creole flavors. The evolving menu has featured dishes like crawfish mac and cheese, roasted sirloin with chimichurri sauce and several po-boys. For dessert, there’s a tropical bread pudding with raisins and rum sauce and Spanish saffron ice cream with cardamom and rose water. Or, you could just drink your dessert — that’s half the fun here, anyway. 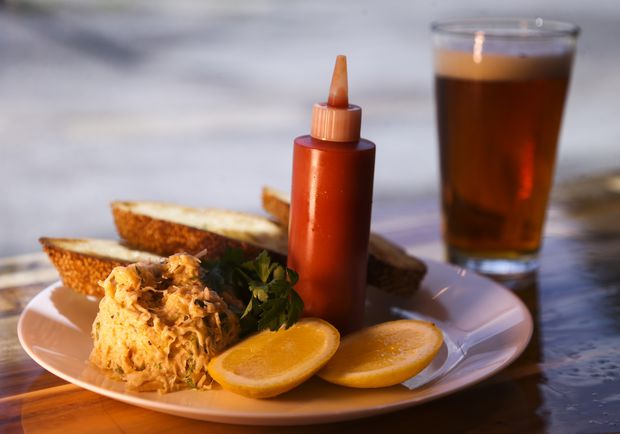 At first glance, Corner Club Tavern regulars might not recognize the weathered watering hole in its new, glossy state. But despite an ownership change, a complete gut renovation and a cosmetic overhaul, the iconic Seminole Heights bar’s spirit is very much alive and well. Under the helm of owner Jeni Armstrong, the red brick building on the corner of N 15th Street and E Sligh Avenue is now home to an all-day bar and cafe, where coffee drinks, pastries and breakfast are served in the morning and small, snackable plates can be shared over drinks as the day wears on. It’s a place where you can just as well linger over a smoked olive martini and charcuterie board as you can cap an evening with a tall boy and a bowl of boiled peanuts — the choice is yours. 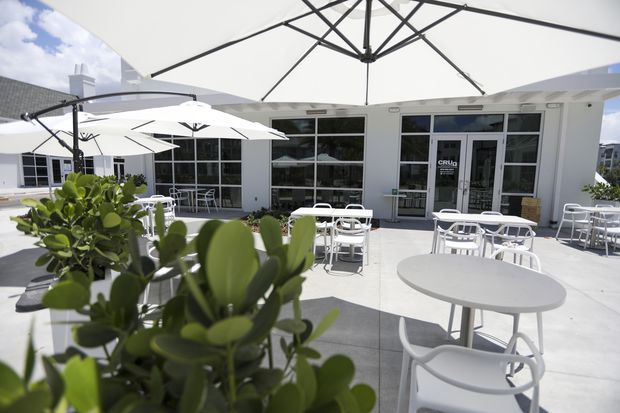 Cru Cellars fans, rejoice: There’s a new wine-focused restaurant in town from the folks behind the popular Palma Ceia wine shop. Outfitted in mostly white decor with plenty of plush banquettes and booths, the light and airy 2,400-square-foot restaurant imbues an elegant, slightly upscale dining atmosphere. Here, either stopping in for an afternoon aperitif and a snack or splurging for a more decadent dinner feels appropriate. Chef Zak Sylvester’s menu includes some holdovers from Cru’s repertoire (truffle fries and charcuterie farmer’s platters) but leans more heavily toward fish and seafood — a nod to the adjacent marina. The spot is the first of several restaurant projects planned for the sprawling Westshore Marina District and features — not surprisingly — a serious wine collection, with more than half of the 260-bottle list under $100. For oenophiles looking to up their game with a more high-end selection, there’s opportunity for that, too. Chimaek (pronounced chi-mek) is the main attraction at the Seminole Heights bar and restaurant from Ichicoro’s Noel Cruz. The Korean term refers to the time-tested pairing of fried chicken and beer — crunchy, spicy Korean fried chicken. The menu is anchored by wings and boneless fried chicken plates, which are served with a selection of six different sauces. But there are plenty of other goodies you can use to soak up a few drinks, including spicy rice cakes with chili sauce (tteokbokki), loaded cheese fries, Korean fried chicken sandwiches, kimchi fried rice and a stone pot-cooked bibimbap. The theme extends to the beverage program, with a creative cocktail list that includes a brunchtime kimchi Bloody Mary, several bottles of Korean soju and a beer list that leans heavily on local selections. This modern and colorful Asian fusion and izakaya spot opened in downtown Tampa in the spring and has already registered with locals as a popular happy hour hang. Part of the draw is the eye-catching decor clearly targeting the Instagram set. (Think: bright decor, pithy quotes, neon accents and flower walls.) But a craft cocktail program featuring Japanese whiskeys and sake, and chef David Reyes’ creative menu of shareable plates and drink-friendly snacks are also a big pull. Start with the pork gyoza or duck bao buns and move on to the wood-fired chicken yakitori or the hamachi crudo with coconut and puffed rice. For entrees, look no further than the miso-marinated sea bass or the glazed salmon with pickled daikon and black sesame. Still got room? The restaurant serves an entirely separate menu of sushi, too. Perched high up on the rooftop of Midtown Tampa’s dual-branded Aloft and Element hotel, this cocktail lounge and restaurant inspired by Mexican beach hot spot Tulum features 360-degree views and — on the right evening — plenty of breeze. The menu dabbles in globe-trotting small plates, with an emphasis on Latin flavors, including carne asada tacos, pan-seared scallops with pineapple ginger sauce, jackfruit ceviche and a chipotle charred chicken served with brown sugar-roasted carrots. The Riviera Maya inspiration extends to the loungey boho-chic design as well as to the cocktail list, with drinks like the Mayan Mojito, a blend of rum, sparkling wine, mango and mint. 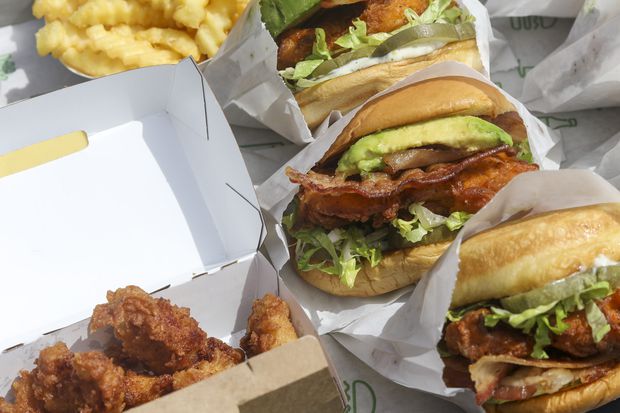 Crispy crinkle-cut cheese fries. Creamy frozen custards. ShackBurgers. If you haven’t experienced the magic that is Shake Shack, now is your chance. Tampa Bay’s first location of the popular fast-casual burger and shake brand opened in June to wildly enthusiastic fans, and it’s easy to see why. The restaurant also marks the first of several eateries at the brand new Midtown Tampa complex, and it’s clear that the owners are betting that the national brand name recognition will bring plenty of attention to the sprawling mixed-use development. So far, that’s turning out to be a pretty smart bet.

The takeout sandwich, doughnut and natural wine hub opened in downtown Tampa in March from the same folks who operated the short-lived restaurant Nojaks in the same space. Nojaks was mostly vegan, and this new concept definitely is not, but there are some similarities. Produce is sourced, when possible, from small, local farmers, and the overarching emphasis is on quality ingredients (hello, Sullivan Street Bakery bread) and a rotating cast of seasonal veggies. Notable sandwiches include the chicken salad supreme, a towering BLT with thick-cut bacon and a classic Italian cold cut combo known as the Italian Stallion. And yes, there are some vegan items, including the popular cider “sourdonuts” and a chickpea salad sandwich with avocado and green goddess dressing. 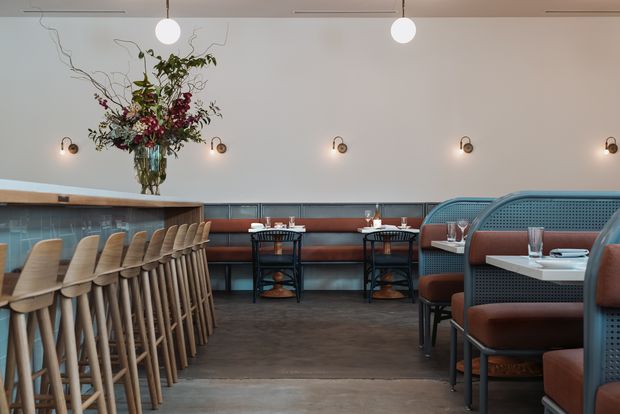 Billing itself as a “neighborhood restaurant that loves its people,” Willa’s opened in Tampa’s North Hyde Park in March. [ JETT BUTLER | Courtesy of Willa’s ]

The North Hyde Park restaurant and its sister cafe opened in March, boasting a welcoming ambiance and friendly neighborhood vibe. Designed with some of New York City’s all-day cafes and restaurants in mind, Willa’s provides a slightly more traditional dining experience while the adjoining cafe does double duty as a coffee shop serving King State coffee and breakfast bites. Later in the evening, the cafe morphs into a casual cocktail lounge with a focus on amaro and vermouth. At the restaurant, Amish-raised chickens, slow-roasted on the spit, highlight the dinner menu. The half-roasted bird arrives topped with an emerald salsa verde and shows up on a baguette sandwich in a tasty spin on a French dip with melted provolone and au jus. Roasted potatoes come dressed in chicken drippings and herbs, and a restorative chicken soup is made with — yep, you guessed it — rotisserie roasted chicken broth. What’s more, a pick-your-spirit house cocktail program features several creative twists on classic libations plus several drinks — including a strawberry Aperol spritz — on tap.